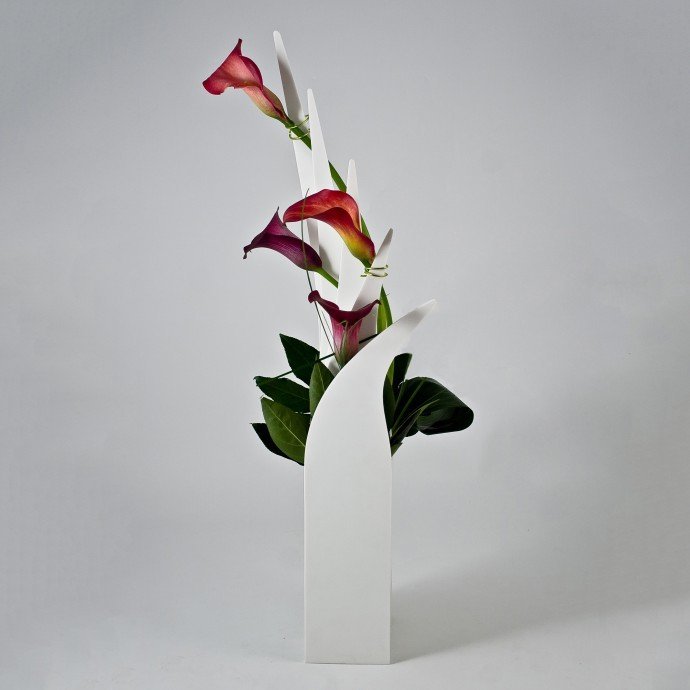 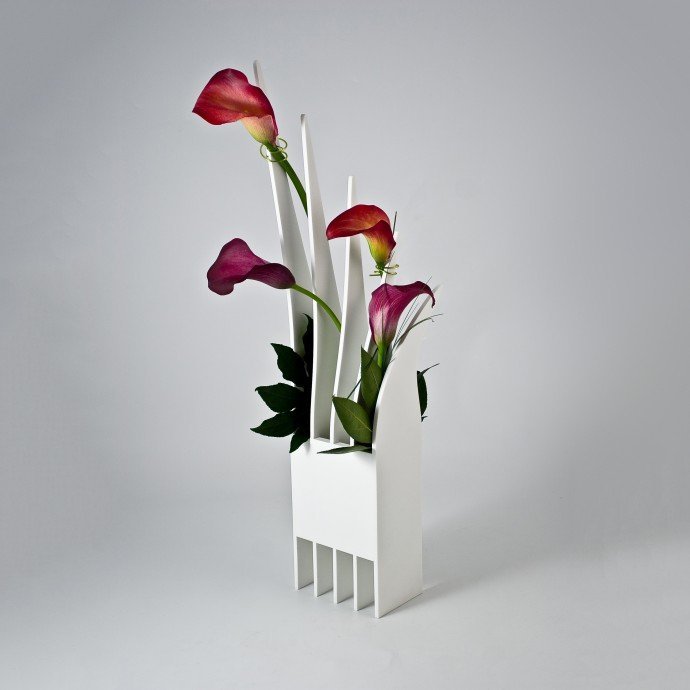 Kantele as an instrument plays a significant role in finnish mythology. It is a small 5-stringed harp most famously known from the national epos Kalevala. Runelord Väinämöinen used to play this instrument and tantalized both friend and foe with the soft melodies. Through the distraction provided by the music Väinämöinen was able to strike and defeat his enemies. I wanted to incorporate this dualistic nature of Väinämöinen into the product, being a runelord and warrior both at the same time.

Like in 3d images or films where you overlay two flat images to create a stereographic image I took Väinämöinen’s two personalities and represented him as a runelord with layers of flowing curves and the warrior part of him through sharp spears.

Looking at this vase from the front and at 90 degrees will create the illusion of a two seperate flat objects. Looking at it from any other angle will create a morphed blend of the two dimensional shapes.