Digital cameras are getting increasingly more powerful, so powerful that my DSLR that I bought a few years back is out-pixeled by the new smartphones on the market. What this means is that my computer will require more and more power when I lighten your under-eye circles and smooth out your love handles in Photoshop. This is why I’m excited to read about the advances in the use of the 5th phase of matter. Now you say, wait, what, I thought there were 3 phases; gas, liquid and solid? Normally this would be the case, but under extreme heat you get plasma, the 4th phase, and in extreme cold you get a Bose-Einstein condensate. Shortly put this 5th phase is the foundation for matter lasers and thus quantum computing (impressively nerdy sentence).

With the continuation of Moore’s Law in good prospect and your love handles in check for the coming years we can look at what actually happens in this 5th phase. When first reading about the transformation that the atoms undergo in the extreme cold it triggered some familiar sensations. Not the cold winters of Finland, but the sense of delocalisation as experienced by the atoms. With each additional culture or emotionology (see 8-bit Cognitive Dimensions) added to my experiences it has in a way stretched my narration over a greater space. Individual cultures become less prominent and the sense of being from one location becomes less relevant. The cultures work more like a network that together form one great cultural system, in fact my companions have started to call me cittadino del mondo (world citizen). If I were to project this trend far enough into the future there would come a day that I reach the point of being from everywhere, I will be delocalized to the extent of losing my sense of identity just like the atoms. 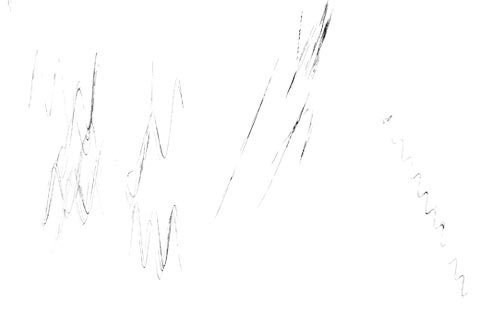 But long before I get to the point of an identity crisis the objects I design will have lost their identity and be confused. Assuming that we all contribute to the identity of objects, the designer the engineers, marketing team, users. Each one of us projects part of our lives, part of our identity onto the object. The object is flooded with the identities of all these individuals, who on their own might be at the brink of crisis, creating a sum identity, a great cultural mixture of all of us from all over. The object could effectively result all over all at once.

Adapting the way Germano Celant writes about Arte Povera in 1969. The range of outside factors influencing an object, as well as its own radius of action, reach beyond the space it materially occupies. It thus merges with the environment in a relationship that is better understood as a system of interdependent processes. These processes – transfers of energy, matter or information – evolve without the viewer’s empathy … A system is not imagined; it is real.

For the physics oriented individuals of you. The more interactions the object has with the outside, releasing energy to external factors, the colder the atom and thus a more emphasized/longer wave, a more delocalized object, more merged within the environment or system. Finally with enough interactions one could imagine the object to be part of everywhere, distributed all over. All the external inputs are working as one big quantum system morphing the object to take shape of the one great matter wave in a Bose-Einstein condensate.

We can continue on the notion of representing a product as a single atom. Each basic element has a distinct native wavelength, in accordance with quantum mechanical theory. In the case of an object we can think of this native wavelength as the sum identity of the object shaped by the system. And now bear with me, as is the case in the real world, we have multiple chemical elements, multiple products, and if multiple products occupy the space of everywhere they will overlap each other. Overlapping identities causes confusion in the best of cases; objects might claim part of an other identity as their own, the native waves get added together and form a sum wave. 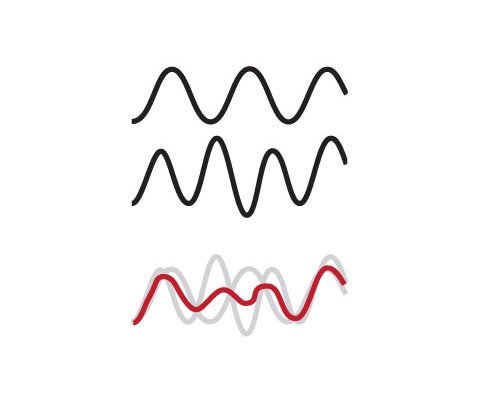 Say you hold a warm cup of tea in your hand, your warm sensors (thermoreceptor nerve endings) will send signals to your brain indicating the level of heat. Now by accident you spill some of the tea on your hand, the heat level goes beyond the normal working range of the sensors, and in addition to the warm sensors your cold sensors will start erratically sending signals to the brain and thus confusing the sensation perceived by your brain. The overlapping hot and cold signals make a burn feel like extreme cold. If you want to do an experiment it might not be wise to burn yourself so I suggest next time you have spaghetti al pesto try to follow one of the spaghetti from end to end. You will most probably get confused and end up following another pasta, if not get bored before you get to the end. The spaghetti you drew in your mind will be the sum of parts of several spaghetti, several cultures.

So lets throw in some emotionologies extruded to the shape of spaghetti on a plate and see how they might mingle. We will put in a spaghetti identity of a wooden chair, a concrete bench, an inflatable beach mattress and a French poodle to spice things up. Now we let these identities boil for a bit. 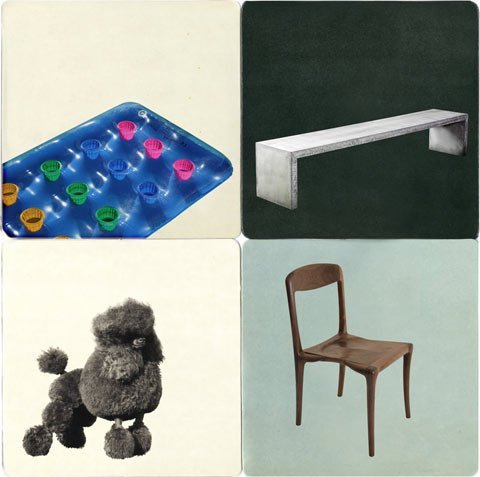 Here are some approximations of what pictures you could expect these emotionologies on their own to draw in your mind. 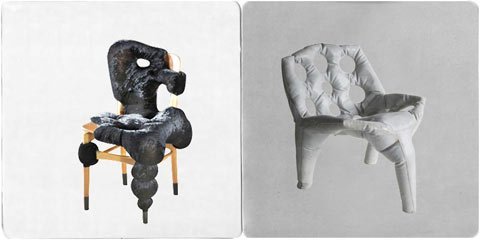 We can think of these hybrids as overlaying sound waves, parts of the wave get cancelled while parts get emphasized depending how the phases line up. The wave as a result of these dissimilar cultures would give a distorted wave producing a dissonance, an arrhythmic out of phase object. Your chair might turn out to be half French poodle. An object exhibiting confusion of its identity or roles, it does not know who it is, where it belongs, or where it wants to go, the product is in multiple cultures all at once.

Maybe the shape language doesn’t correspond to the material it is made of like in the concrete chair by Tejo Remy and Reré Veenhuizen. The emotionology associated with concrete is of a hard material, concrete slabs, while this chair gives the sense of soft and inflated. An object might communicate different values than the materials it is made of. Consider a cardboard chair; you think eco-friendly material, recyclable, good for the environment. When in reality the short lifespan of the chair combined with the glue used to keep it together makes for a less ecological solution than a wooden or tubular steel chair. How many times have you picked up a product that is lighter or heavier than what you expected it to be?

In the previous examples the arrhythmia was produced through the combination of the designer’s cultural mix and the users’ emotional expectations of a given material or shape. The designer is not alone in shaping the identity of the object and thus the product identity arrhythmia could present itself through the integration with the environment.

Just as the poodle cannot control the elaborate variety of clips its master feels free to give it, products exposed to the elements wont be able to control the contextual cross breeding they might experience. Say you buy a new 48” flat screen plasma TV, you bring it home and since you blew all your money on the TV you place it in the 60s cabinet you inherited from your parents, in the process of installing the set you might have to remove shelves and drill some holes for cables. Voilà, both objects are unhappy, both make each other look bad through the cultural inconsistency. Or on the other hand you might be walking in town and you see a billboard with a high contrast B&W image taken in a slightly grunge apartment, Megan Fox in tight jeans is leaning over a table … and then you notice, it is a Tranetorp, dining table for up to 6 people, by Ikea. Ok, this was made up but you should understand the point. The objects go in crisis due to the arrhythmic context they are presented in, be it the user or the marketing team that create the dissonance.

Be it a mistake or an intentional effect, when differing cultures are brought to light within the same object, the associations, the emotionology, of each culture contaminates the perception of the other, leaving the object with a delocalized identity. Should we thrive to minimize the crosspollination of object identities keeping clean product families or should we let the system of interdependent processes evolve the objects identity as a life of its own?

As a designer it is interesting to see which emotionologies, cultural frameworks, shape the objects we design. How does the designers’ narration translate into the work he does and thus the identity of the objects? Do some cultures remain prominent or has the multitude of cultures contaminated each other resulting in a culturally cacophonous hybrid object?

In the following episode we will see an example of two designers who have used, let us call it, cultural arrhythmia to their advantage. They call their work an assemblage but to me it is more like an offbeat cultural composition. Through the combination of many out of phase pieces they have created a rhythm of the arrhythmia, a rhythm that goes deeper than the traditional quarter note time signature.