We have stayed up all night, my friends and I, under the dim flickering light and monotonous buzz of the projector I begin to see the carnage we have left behind. Consumed nacho packs all over, piles of popcorn accumulated in between the pillows and stacks of ice cream bowls filling the sofa tables. Yet another episode has come to an end, the decision now is whether to continue the story or go and get some shut-eye.

I can assume most of us have had a phase in our lives when we sat down eagerly once a week to follow the weekly TV series. Miami Vice, Lost, McGyver, Friends, Boston Legal, Star Trek, House, CSI… each week we get a peak into this alternative world and can follow the progresses and development of the characters within it. But now with DVD box sets and torrents it has become a custom to watch an entire season of a series in one sitting. You gather your friends for the weekend, stock up the nachos and ice cream, fire up the projector and immerse yourself into the storyworld of the show.

This marathon consumption of entertainment has introduced a new tempo to the TV show. The episodes are presented at a different timescale, the story may even seem collapsed in a way, though in fact it is only reinvented at another scale. Gradual developments, that watched say over the course of a year, might not be evident but now through this fast forwarded view of the characters’ lives they get emphasized. We are presented with consecutive isolated moments or aspects of moments, and out of these fragments we begin shaping patterns and notice trends. The multiplicity of these fragments, pieces of narration, episodes, begins to develop a story of its own.

To us the life of a tree seems static, but if you were to rig a camera to take a picture of this tree every hour and then play these pictures as a movie, you would be presented with an accelerated or collapsed life of that given tree, the tree’s life would have a new scale of duration. Through this reinvented timescale or time lapse video, a new world is opened up to us. We are presented in visual manner the vicious battle of the plant life, plants moving, stretching, and covering other plants from sunlight and water. What we effectively are seeing are consecutive discrete instincts, multiple frozen sections, freeze frames of the life of the tree, and when we watch these separate projected instances at a high rate we are able to process these incremental changes or differences and shape these relations into a story.

What is real is the continual change of form: form is only a snapshot view of a transition. (Bergson) 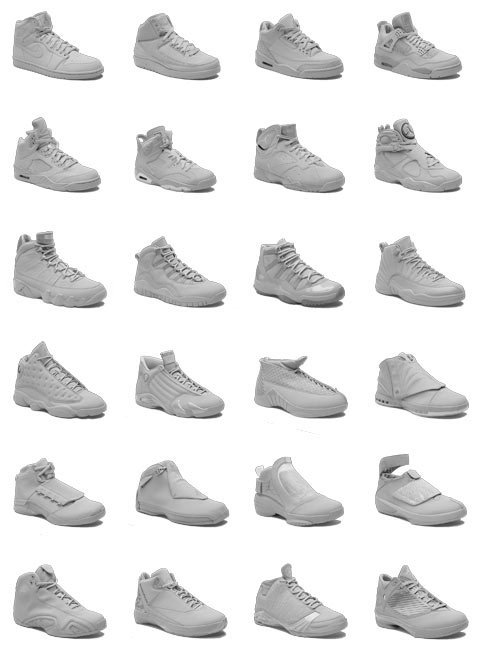 We could think of the objects we design representing, in a similar way, a kind of snapshot view of our lives. An object is a reflection of us at a frozen isolated moment, a temporary of the space we are in. Capturing the present emotions, feelings, trends, people around us, and then translating these values into the object we create. How we relate to this given present is determined by the sum of all the ‘presents’ till that given point (see 8-bit Cognitive Dimensions), and thus effecting the outcome of each given snapshot. Through the objects we design we in a way leave part of our story exposed to transcend through time on their own converging, interacting and interweaving itself with the world.

So if we were to consider each product as one frame in a movie of objects in transition, how do we achieve the timescale at which we are able to play the frames and reveal the movie of these objects? We need a crowd – a big crowd with many individuals working on new frames, speed – better tools, movement, you can probably begin to recognize these qualities from Marinetti’s Manifesto del Futurismo. We just need to add danger, being in Italy and twisting Matteotti’s manifesto is certainly risky business, but we could think of danger as the daring to veer from the mean, differentiate and share. So here we are with a modified manifesto with éloge to crowd sourcing, open source and the abstract world of cyber space.

The futurist manifesto of 1909 promoted an isolation from the past denouncing museums, libraries, history, and stasis of any form for that matter, abolishing time and space in a way. You could say that what remains is a concrete temporary, a moment. We as well shall live the moment or isolate time, but in the sense of a snapshot of a given moment, and through the multitude of the temporal we will create the much praised dynamism and movement typical for futurist thinking. We bring the stills to life through the motion picture they create when played at a high frequency. Even though time has been abolished at the given instances, frames, it shows itself through the differentiation between the numerous sections it is divided into.

Just a decade ago five years was considered a reasonable lead-time for a product – concept through product development to presenting the final product to the market. At this frame-rate it would take five years before external interaction with the product are possible, or before other objects can be created in response to this given object. Imagine you are having a conversation at a bar and you are talking to a girl and have to wait several years for each response, you will be 65 before you know her name or 95 if she has an unfamiliar more complicated name.

In the years of product development the designer will have gone through numerous iterations and versions of the product before arriving at the final design that is brought forth to the market. Now if we could tap into these ‘virtual’ concept objects and give a response at this phase, our frame-rate or conversation would advance with a much quicker flow. Stanford Kwinter writes, that in fact, the virtual, though it may yet have no actuality, is nonetheless already fully real. It exists, one might say, as a free difference or singularity, not yet combined with other differences into a complex ensemble or salient form. What this means is that the virtual does not have to be realized, but only actualized (activated and integrated) (Kwinter, 2001)

With developments in 3d software it has become increasingly quicker and easier to come up with photorealistic renders. So instead of a frame every few years we are able to bring the frequency down to days, the time it takes to make a 3d model and post it on a design blog. Until we have an interface that is able to translate our own virtual, our cognitive virtual into a comprehensible medium, 3d models are the platform to share the virtual with the world. The majority of this virtual actualizations never become realized but serve nonetheless as a frame, a moment, in the evolving story. Through including the virtual into the story we are changing the rhythm of design giving a new fluidity, a new consistency to everyday space. We take part as a crowd in the adventure of the developmental passage of the object from one state to another.

The virtual is gathered, selected, it passes from one moment-event (or complex) in order to emerge – differently, uniquely – within another. It invents through a continuous, positive, and dynamic process of transmission, differentiation, and evolution. (Kwinter, 2001)

YouTube brought video responses to our attention, soon the term product response will be a familiar one. This possibility of discussion using objects as our alphabet will result in a dialogue, a co-creation, a story of objects told by all of us. The products we create in respond to one another form the diverse complexes that create the differentiation or evolution of the product. The beauty in this speedy differentiation is that like in any discussion the product will live and take shape into the great unknown, into the unexpected, which has now come to be the expected within design. Users expect to be surprised, seduced if you wish, and if there is any organism that can deliver this it is through the great morphogenetic potential achieved through the collective crowd connected via the Internet.

The story of the object, its morphogenetic principle, is active and always incomplete, evolving. Objects interact with processes, across both space and time; it belongs to a dynamical, fluvial world. As the dialogue develops it absorbs, captures, or incarnates the fluctuating conditions and through them the narration is build. The product creates itself in the middle of, and by means of continuous flux. Thus the product movie or product morphogenesis, is less the result of specific, punctual external causes than the sum or the flow of the dialogue. What this entails is an attempt to think of the story of the object as a phenomenon, a discussion with multiple interwoven threads. The multiple or the profusion of frames act independent of an external, totalizing, foundational schema, each object playing a role, adding fragments, elements, to its own evolving narration as a whole.

Can someone make this picture a little bit better/brighter for my Mom’s profile on her company website? She’s also requesting a little airbrushing on the neck area & under her eyes… 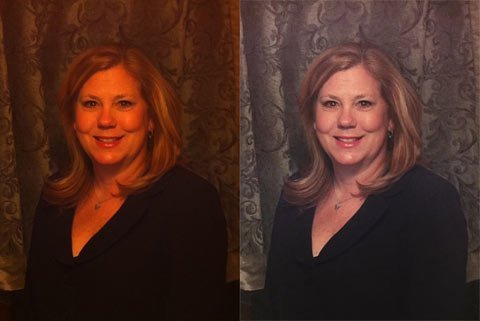 These are words of an innocent request posted on a message board by a son asking for help to fix up a picture of his blessed mom. He did get his request in the end but with an unrelenting bonus showing the morphing potential of the web; Photomanipulations with everything from Mona Lisa to James Bond girls to a tattoo on the chest of 2 Pac. The act of fixing this picture had turned into a dialogue with manipulated images as the vocabulary. 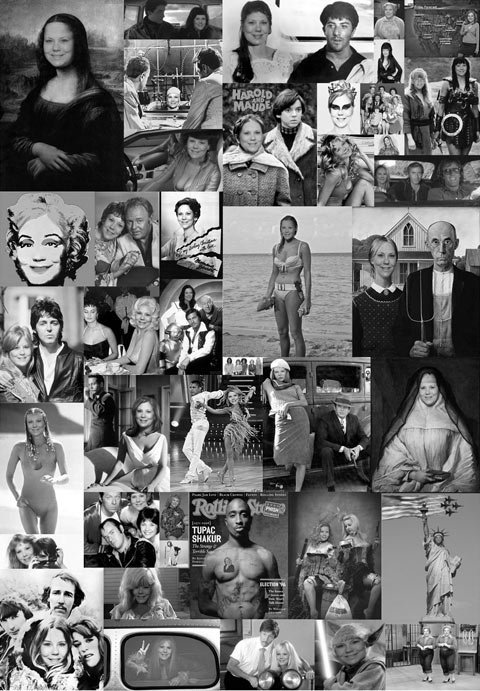